Writing great objectives as a part of an Objectives and Key Results goal setting process (OKRs) can be daunting, especially if you're just getting started and have never done it before. Luckily, there are some tried and true methods for writing objectives that are sure to set you up for success. In this blog post, we'll share some tips on how to write objectives that will focus your team on the highest-value work and motivate them to continuously improve. We’ll also lay out the most common pitfalls companies run into when writing objectives, so you and your team can avoid them.

A brief intro to OKRs

But first, what the heck are OKRs?

OKR stands for Objectives and Key Results, and refers to the business strategy tool/framework that can be used in order to measure and track progress towards specific objectives.

OKRs have recently become very trendy in management and tech circles, but actually they build on very established practices going back to the middle of the last century.

In 1954, Peter Drucker first coined the term “Management by Objectives” in his book The Practice of Management. He defined it as “a system in which the objectives of an enterprise are defined and accepted, the plans for achieving them are developed, and performance is measured and evaluated periodically.” This system was later adapted by Andy Grove at Intel, who is credited with popularizing the use of OKRs as a tool for setting and measuring progress and success. Grove believed that setting clear and measurable objectives was essential for Intel’s success, and he implemented a system of quarterly OKRs to hold everyone in the company accountable to these objectives.

In the modern era, OKRs have been adopted by a number of high-profile tech companies, including Google and Kleiner Perkins. Google’s OKRs are famously rigorous, and they have been credited with helping the company achieve its remarkable growth. Kleiner Perkins, meanwhile, has taken a more flexible approach to OKRs, allowing the companies they invest in to tailor them to their own needs and culture.

The key benefits of using OKRs are that they can help to:

Now that we’ve covered the basics, let’s get into how to write objectives as part of an OKR process.

In a nutshell, every OKR has two components:

In essence, Objectives are what you want to do, and Key Results are how you know you’ve done it.

In Allo, we also have Initiatives, individual action items and projects that are undertaken to help achieve the Key Result. But this is our innovation on the original OKR framework.

In this blog, we’re going to focus mostly on the Objective part of OKRs. They seem simple, but there are actually some subtle nuances here that a lot of organizations miss.

What makes OKR objectives different from other goal setting frameworks?

The key innovation that Drucker’s “management by objective” brought into business strategy was the focus on metrics and measurability, and in many people’s minds this is what OKRs are synonymous with. But they’re not the only game in town when it comes to numbers-focused goal setting. Two other business strategy tools that OKRs often get conflated with are SMART Goals and Key Performance Indicators.

There’s a lot of overlap here, but the OKR framework does some things that are unique and subtly important to its success. So understanding the differences is crucial to successfully implementing an OKR-based goal setting practice.

SMART goals are a popular method for goal setting that was first coined by George Doran in 1981. The acronym stands for Specific, Measurable, Achievable, Relevant, and Time-bound. SMART goals are often used in businesses and organizations as a way to measure progress and ensure that goals are achievable. A well-designed OKR will probably also have these attributes. But OKR separates the strategic and qualitative bit (Objective) from the concrete and measurable bit (the KR), where smart goals lumps everything together. This makes coming up with OKRs a little bit harder, as there are more steps. But splitting it up this way often means the end result is often clearer and more actionable to the entire team.

KPI, on the other hand, is an acronym that stands for Key Performance Indicator.

A KPI is any metric a business uses to measure progress towards a specific goal. The origin of this term is unclear, but it has been in use for a long time and is an established part of business. KPI's are usually used to track progress towards specific targets, such as sales goals or production targets. They can also be used to compare performance between different departments or teams.

The main difference between OKRs and KPIs is that while almost anything measurable that contributes to a company’s success can be tracked as a KPI, OKRs are only used to express the company’s highest aspirations and the metrics most relevant to achieving them. By attaching certain metrics to the objectives, OKRs naturally raise them to paramount importance, and cause the team to focus their attention and effort on projects that affect them. This makes OKRs more useful for focusing a company and driving improvement than KPIs on their own.

Getting started with writing OKRs

Okay, so hopefully by now you’re sold on why OKRs are such a powerful and flexible tool for company strategy, and you’re itching to start writing them out yourself.

That’s great! But before you do, take a step back. OKRs tend to work best as an encapsulation of the things the team already knows to be important and is working on. The most useful objectives, therefor, are usually not the ones that you just dash off yourself and communicate to the team. Starting with some group introspection and brainstorming not only helps the team to feel more invested in the process and connected to the result, but will often uncover promising ideas that would never have come up otherwise. It doesn’t just make your objectives easier to implement. It actually helps make them better

Allo can be a great tool for facilitating these kinds of brainstorming sessions, thanks to the collaborative canvases that underpin every part of our product. Start with small groups of no more than five participants and a canvas that’s blank except for some discussion questions. Ask people to take five minutes adding post it notes with answers to each question, then take at least another 20 minutes to discuss what resulted.

Here are some good high level strategy questions to ask:

Don’t rush to write objectives immediately. The answer to each of these questions doesn’t need to be an objective. And all objectives don’t need to be tackled at once. Once you’ve had a chance to step away, come back to the results of the session

Of the ideas that came out of these sessions, which 3-5 stand out as being the most important? Those should be the things you turn into your objectives for the quarter.

When writing objective statements, keep this advice in mind:

Another thing that’s crucial to keep in mind when writing objective statements is that not all objectives are the same. There are actually three different types of objective in the OKR framework:

Committed objectives are the objectives that you feel must be done. They’re mission critical, and not doing them would represent a huge blow or missed opportunity. For example, if you have to do a bunch of work to pass a regulatory audit this year so that you can win a big government contract bid, then this is a make-or-break project that would be appropriate to set as a committed objective.  Committed objectives are evaluated on a pass/fail basis. Either you hit all of the key result metrics and pass or you don’t.

Aspirational objectives are your audacious goals for the given OKR period and will form the bread and butter of your OKRs. They should represent an evolution of your business or a significant improvement over baseline. Because these objectives should be a bit of a stretch, partial success counts here. If the organization only achieves about 70 percent of the KRs attached to this objective, that’s still a fantastic success and should be treated as such. The 40-60 percent success range is considered progress toward the goal, but warrants more attention to see how things can be improved. Only a score below 40 percent is considered a failing grade.

Keeping this straight, and being very explicit about which is which when communicating your goals to the team is very important.

Getting the mix right

While every objective is important in its own right, getting the mix right is critical to having OKRs that will be challenging and transformative, yet motivating and achievable. Here’s some best practices to follow as you write your OKR objectives:

The 6 most common mistakes companies make with OKRs

Writing good objectives isn’t impossible. It just takes careful thought and diligent attention to language. That said, there are a few subtle mistakes we see companies make again and again which make OKRs less effective and harder for teams to employ.

Avoid these 6 common pitfalls and you’ll be way ahead of the game as you move forward with your OKR goals process:

I hope we’ve been able to impress on you in this blog both the power of effective OKR goals, and the many nuances that go into getting them right.

The takeaway here is that writing objective statements is harder than it seems at first.  But by following the tips in this post, you should be well on your way to writing objectives that will focus your team on the highest-value work and motivate them to continuously improve. 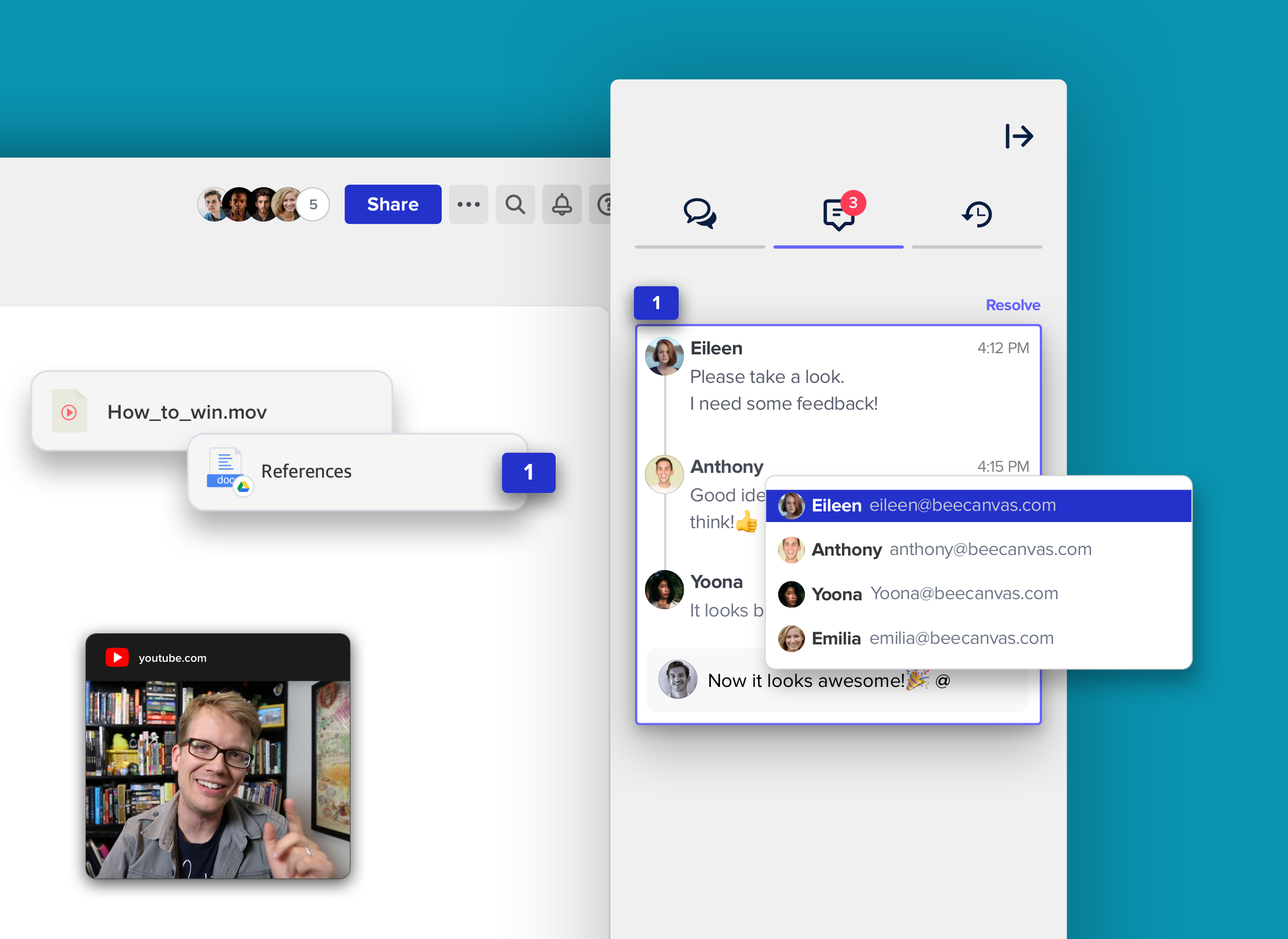 Allo: not just another collaboration tool 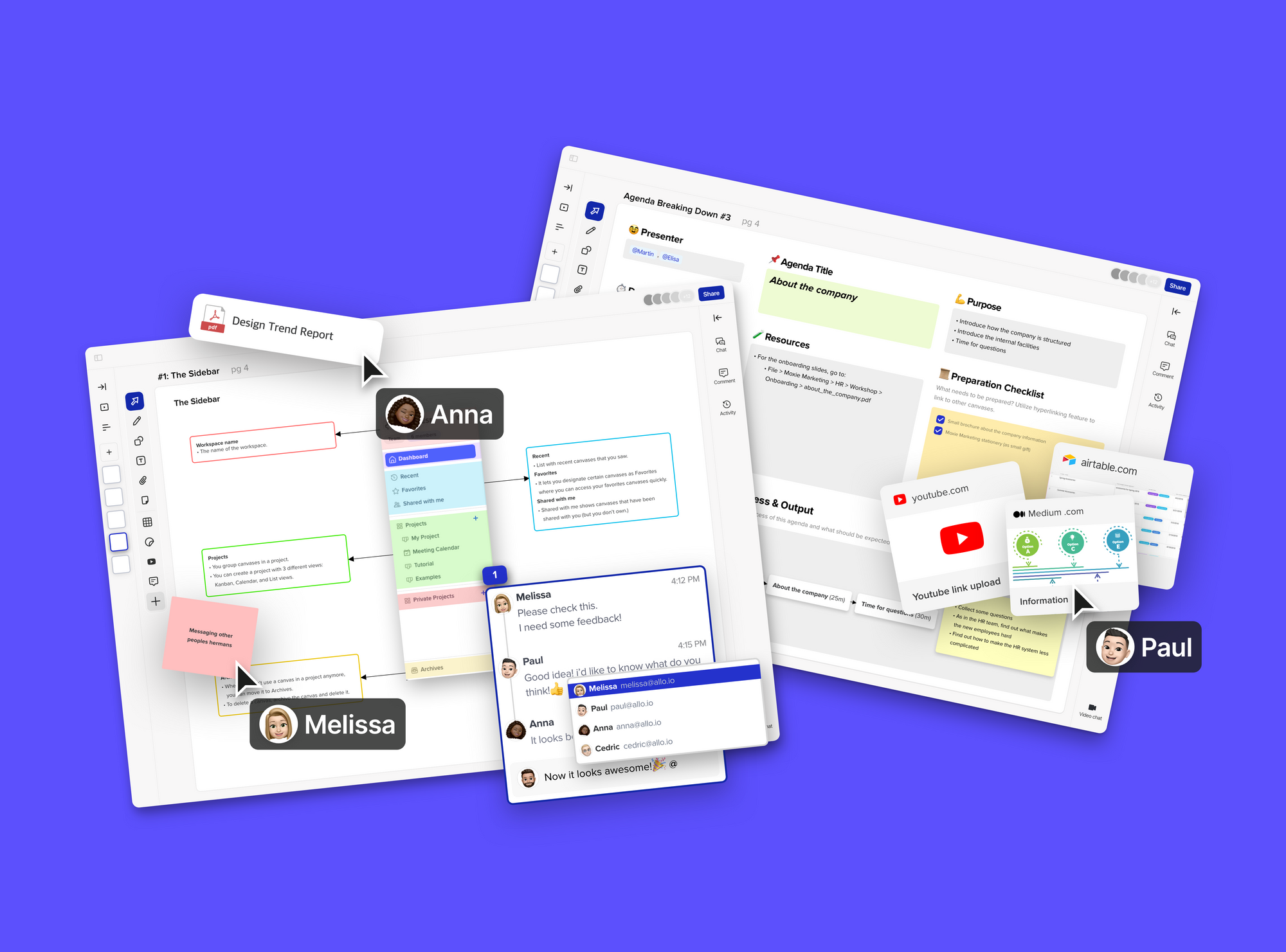 “I’ve never seen any tool that’s like Allo. It supports project management, visual collaboration, and video chat all in one place.” - Anushri Desai, co-founder and COO at 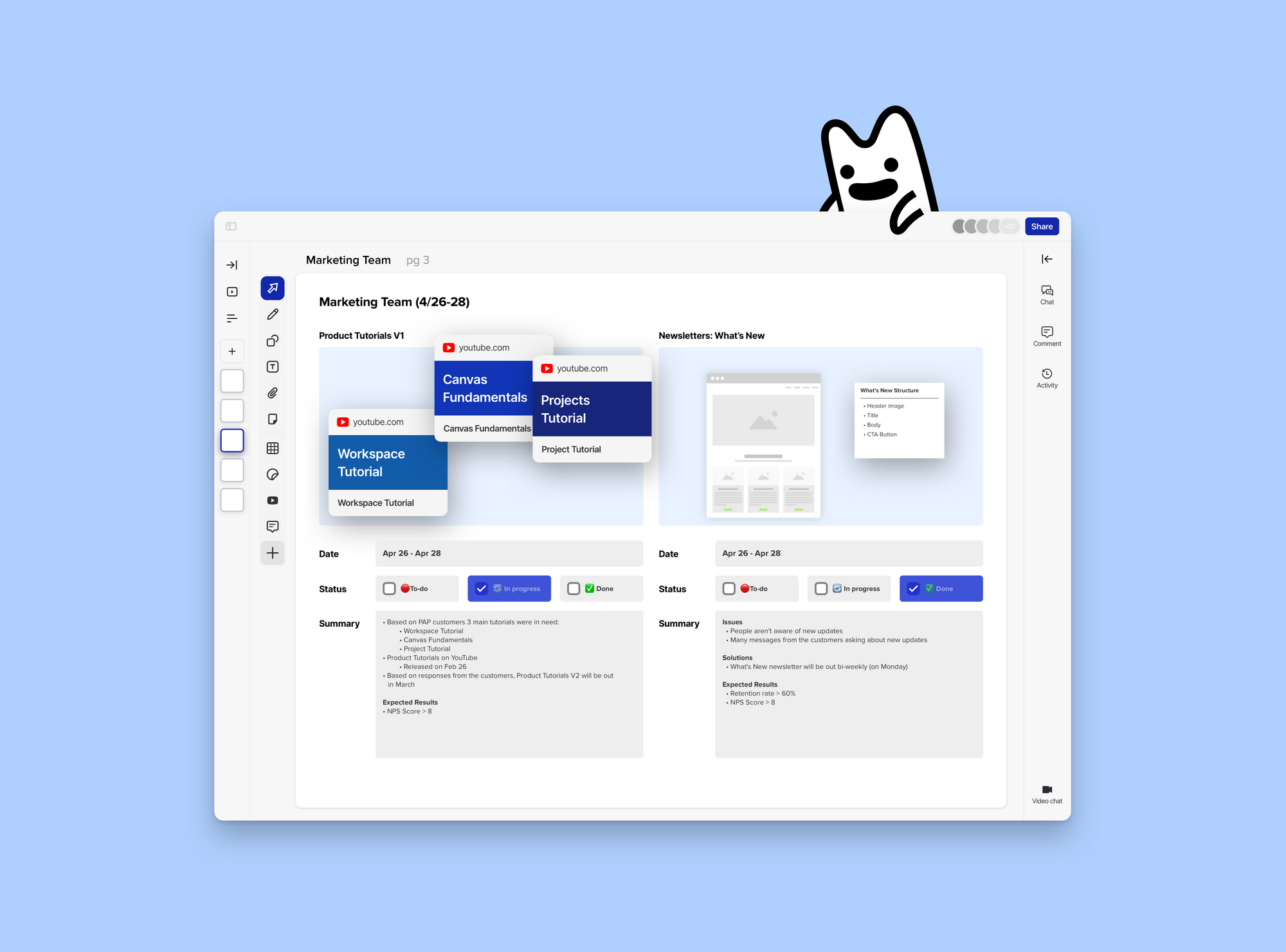 Hiring the right people is only one way to build a strong team that efficiently succeeds. Other important factors for building a successful team include setting team visions and goals,

“ An investment in knowledge always pays the best interest. ”

No results for your search, please try with something else.